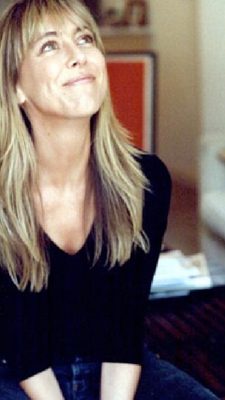 Commencing her performance career on Young Talent Time and then soon after as a recording artist and live performer her career now spans over 30 years. Her recording credits include: “Why won’t you explain”, (Fable/Polygram/EMI/PRT(UK)WEA)(gold record(Aust)), “You are the Reason (platinum recording) (Fable/Polygram/EMI), “Loves us all” (gold recording), “A Night of Carols” with the Australian Girls Choir, “By Request”, “On a clear day”, “Moonglow” (VTL (USA)). Karen was the highest selling female recording artist in Australia for two consecutive years. While concurrently maintaining her solo career, she was invited to join as lead singer of legendary Australian folk group “The Seekers” and toured with the group nationally and internationally for two years. Joined by the group’s main song writer Bruce Woodley and the National Boys Choir she recorded the original version of the much loved song “I Am Australian”. She received a nomination for a Green Room Award for best supporting actress in a musical for her role as Mary Jane Wilks in the hugely successful 18 month run of “Big River”.

Karen performs regularly in her own solo concerts at Arts Centres and venues around Australia. Her career has spanned all forms of performance – recording, music theatre, live performance, television and theatrical credits (Melbourne Theatre Company, Chamber Made Opera) and has more recently included work within community engagement and social innovation.

Karen has received many awards and nominations during her career as a performer including an Australian Humanitarian Award for her Services to the Arts and was appointed by the Reconciliation Council as an Inaugural Ambassador for Reconciliation. In addition to many awards for her recordings, she has acted as patron to the Australian Girls Choir and to Breaking the Cycle (a program designed to break the cycle of welfare dependency in disadvantaged youth). 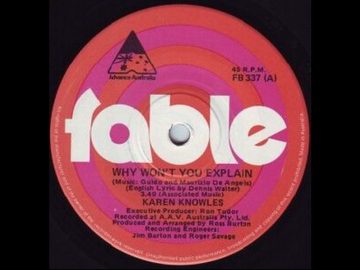 Karen Knowles on the judging panel on Young Talent Time 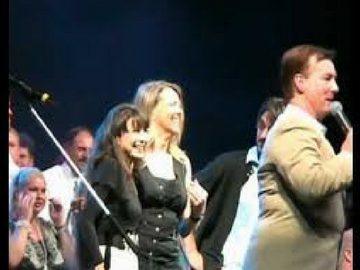 Karen Knowles with Judith Durham and the Choir of Hard Knocks 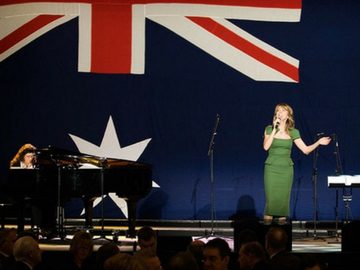